Take this quiz to enter the drawing for a free book


To celebrate this blog's second anniversary, I've decided to give away one copy of my novel, A Thing Done, to someone who is  brave enough to take this little quiz.  It can be the winner's choice of a Kindle edition, a Nook edition, or a paperback (unless you live somewhere other than the US, in which case I don't want to fork over the money to ship a paperback, so it will have to be Kindle or Nook).  If you want it sent to somebody else as a holiday gift, no problem.  I will let this contest run until December 10 before choosing a winner.

If you're not sure of all the answers, try anyway.  You've got nothing to lose.  And since some answers may be debatable, or the questions a bit sneaky, winners will be determined by use of a complex algorithm.  (No, I have no idea what I mean by that either, but you can get away with just about anything if you use a complex algorithm.  Just ask Amazon.  Or Goodreads.)  Comments count.  Creativity counts.  Flattery counts.   Becoming a blog follower counts.  Give me your answers in the Comments section, or send them to me privately if you prefer.  (And try not to look at any previous comments containing the answers!  Honor system applies.)

Ready?  Okay.  Think hard about the 13th century, about Florence, about Dante.  Once you've projected yourself back to then and there, you're all set to proceed.  It's short - only three questions.  Good luck!

If you are the First Individual:

If you are the Second Individual:

If you are the Third Individual: 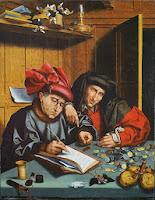 And here are the political parties (only three will apply, but I like to provide lots of choices):
Assign one party to each of the three individuals.  Easy-peasy, eh?  Try the next one:

All you Dante scholars, here's your chance.  Dante's Commedia is divided into three parts:  the Inferno, the Purgatorio, and the Paradiso.   Tell me to which of those three regions of the afterlife Dante assigned each of the following:
So far, so good.  Now, for our last question of the day, an easy one:

I'm going to list eleven women who were important in Dante's life in one way or another.  Then I will list several possible roles for these women.  Match each name with the role she played in Dante's life.  (It is possible for an answer to be used more than once.  In fact, it's downright necessary.) 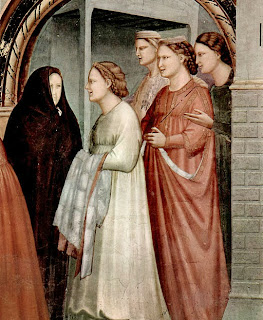 Here are the women, in alphabetical order:
And here are the possible roles:

That's all there is to it.  Have fun, send me your answers, and we'll see who takes the prize.  Good luck!

Images in this post are in the public domain, except for the photo of the bust of Helen of Troy, which is licensed to Yair Haklai, and the photo with the swallowtail crenellations, which is licensed to Chfono.  Both are under the Creative Commons Attribution-Share Alike 3.0 Unported license, Wikimedia Commons.
Posted by Tinney Heath at 10:18 AM 4 comments:

Email ThisBlogThis!Share to TwitterShare to FacebookShare to Pinterest
Labels: A Thing Done, Dante, Guelfs and Ghibellines

As of November 15, 2013, this blog has been in existence for two years!  When I started, I had so much to learn - it was a major project to wrestle a picture into place, I forgot to add a thingie so that people could follow the blog, and I was clueless about HTML.

Fortunately, I have a husband who is both extremely ept and extremely patient, so the blog finally evolved into something that was more fun that not, most of the time, and very rarely has me tearing my hair out these days.  (Part of that is because I've given up on fancy formatting, of course.)  The blog gets a healthy number of pageviews, which is gratifying, and has even managed to acquire some followers.  (Thank you, followers!)

First, I thought I'd pick my ten most popular posts of the past two years, and provide you with links to them, in case you weren't on board with this blog at the time they ran.  Maybe you'll find something here that interests you, or something you'd enjoy revisiting, if you've already seen it.  (I've not included the most popular guest posts here, but they are also well worth looking for.)

And second, my next post - whenever it may happen - will include a short quiz, successful completion of which will enter the contestant in a drawing for a free copy of my book, A Thing Done.

Here are the ten most popular posts, not in order of popularity but chronological, from most recent to earliest: 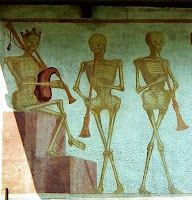 A post about famous people in central Italy who lost their lives in the Black Death in 1348 - artists, churchmen, scholars, and others.


A Hospital with a Venerable History


Some history of an ancient hospital still operating in Florence.


A Medieval Doctor and His Career 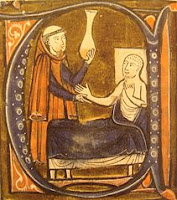 
Who was the historical Beatrice? 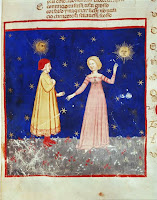 The real woman behind the legend - Dante's inspiration.


In Search of the Etruscans - Part 3: Cerveteri 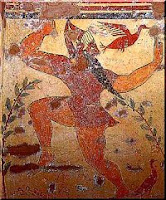 Three posts about the Etruscans, in three cities where this mysterious people has left tantalizing traces.


Let's just call him Leonardo, shall we?

Names and what their structures mean


Was There a Florence Before the Renaissance?


A Historical Puzzle (and a Possible Solution) - Part 1

The question that started me on the quest that became my first novel.

Images in this post are in the public domain or are our own, with these exceptions:  photo of hospital is licensed to Sailko, and photo of skeletons (detail shown here) is licensed to Mattis, both via the Creative Commons Attribution-Share Alike 3.0 Unported license, Wikimedia Commons.