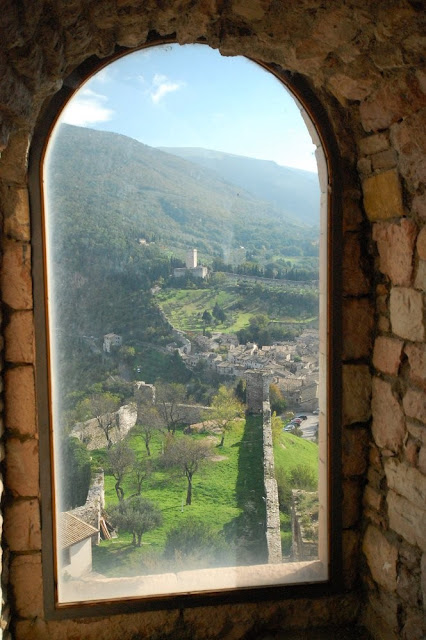 How is a picture frame like point of view in fiction? 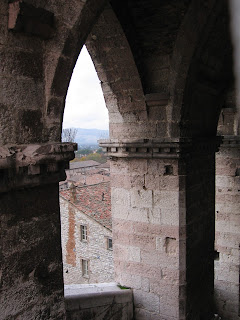 I love pictures that provide their own frames. Maybe it's a shot through a window, or maybe the frame is an arch, a doorway, trees, a cave. When we travel and I notice such a potential shot, I always ask my husband the photographer to capture it. I was looking at a collection of these pictures the other day, and it occurred to me that framing a picture in this way directs the
viewer's eye and focuses his attention much as point of view focuses a story for the reader. Rather than trying to encompass everything, it gently points you at something. It tells you where to look and guides your attention.

I don't usually write about writing. Plenty of people are already doing that, and I don't see myself as an advice-giver. Besides, I don't believe that any two writing projects, let alone any two writers, will work exactly the same way. 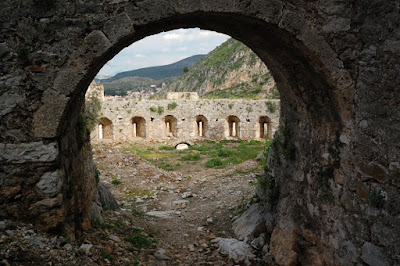 But I do want to riff a little on the concept of point of view (POV). Not all aspects of it; I don't want to go into the mechanics or the fine distinctions or the how-tos, but I would like to look at a question which ideally would be answered before any serious writing commences. (Though it may take some semi-serious and experimental writing to arrive at an answer.) 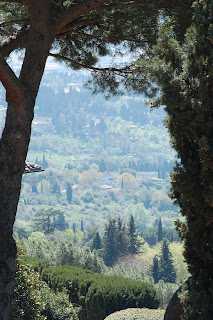 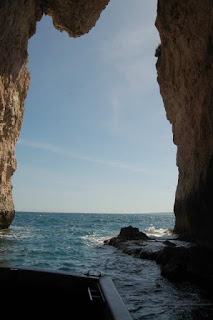 The question:  Whose story is it?

An approach that has become very popular is to take a secondary character, or even a minor character, in a well-known story and tell that person's tale. Examples abound: there's Wide Sargasso Sea by Jean Rhys, about Jane Eyre's unfortunate predecessor; Grendel by John Gardner, in which Beowulf's monster takes center stage; The Wind Done Gone, written from the POV of a slave who was the child of Scarlett O'Hara's father and of Mammy, from Gone With the Wind; Mary Reilly by Valerie Martin, from the POV of a servant in Dr Jekyll and Mr Hyde; Finn: A Novel by Jon Clinch, about Huckleberry Finn's father; March by Geraldine Brooks, about the father of Louisa May Alcott's Little Women; and many more. 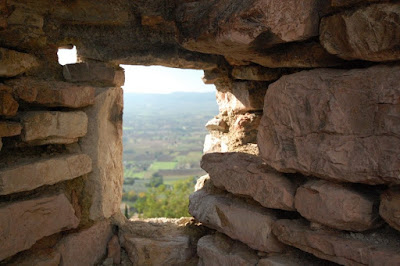 Think of Gregory Maguire's fairytale retellings from an alternate POV: Wicked, Mirror Mirror, and Confessions of an Ugly Stepsister. You'll also find a bewildering array of books based on practically everybody who ever had a speaking part in anything by Jane Austen. 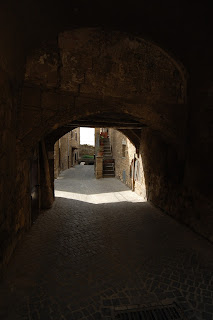 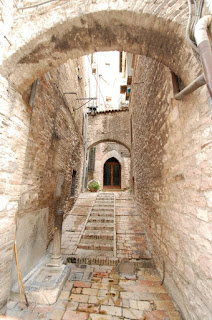 Two of my favorites are not novels at all, but plays by Tom Stoppard. I am a great fan of his Rosenkrantz and Guildenstern Are Dead (based, obviously, on two minor characters from Hamlet) and Travesties, which is a manic and surreal take on some of the characters from Oscar Wilde's play The Importance of Being Earnest, as well as on Dada, James Joyce, and lots more, and which contains a brilliantly weird scene written entirely in limericks.

For the historical fiction author, this approach probably means choosing some historical character, or a fictional character who might have existed, in the orbit of somebody well-known. The classic example, of course, is the Tudors: there are now so many Tudor novels that there is probably one out there somewhere written from the POV of Henry the Eighth's barber's wife's dog. 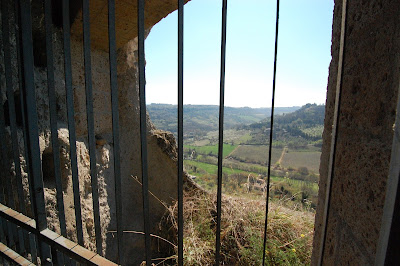 This may be a matter of "Writer, know thyself." If someone wants to write biographical fiction about well-known people, more power to them -- I have enjoyed many such books. But I can't imagine myself writing about queens or other famous folk as my central subject, or writing from their points of view. 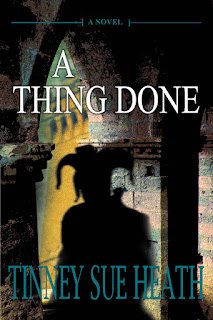 For myself, I prefer the unexpected, off-to-one-side character who has caught my attention. My first novel, A Thing Done, tells a true story of a feud among knights in medieval Florence, a marriage contracted to make peace, a jilting, and the homicidal 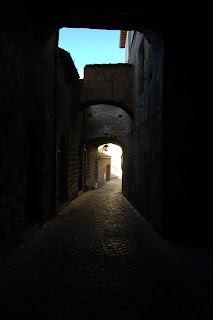 aftermath of this assault on knightly honor. But I told it from the point of view of a jester who got dragooned into pulling the prank that set the whole thing in motion. I chose him for two reasons: he was in the best position to observe the people on both sides of the conflict, and also I wondered how he would have felt about his role in the conflict that divided his city.

To me his story was more immediate and more interesting than the stories that belonged to the squabbling knights, the jilted bride and the chosen one, or the conniving older woman, not least because it enabled me to tell those other stories as well. My marginalized character could tell us all about those rich noble people; had I used one of them as a POV character, what are the chances that he/she would have even noticed the jester? 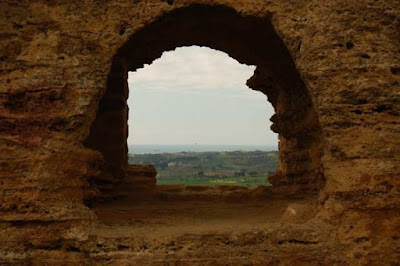 My jester only appears in a single line in the earliest chronicle that mentions the event. For some reason, that seems to be the sort of situation that attracts me: someone who had a role in the story, yet who was not considered important enough for contemporary chroniclers to dwell on.

My work in progress is about Lady Giacoma dei Settesoli, a Roman noblewoman who was an early follower of Saint Francis of Assisi -- an extremely wealthy woman who was improbably a close friend of the saint who considered himself wed to Lady Poverty. Again, the earliest biographies of Saint Francis contain only one or two sentences about her. Yet because of her prominent family, I was able to dig up a surprising amount of information . 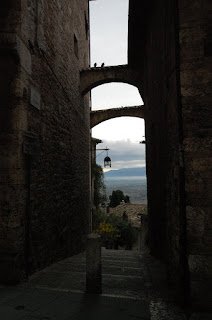 And in another upcoming project, I'm writing from the POVs of seven of the women mentioned by Dante, or in some other way connected with him. Among them: the irascible noblewoman Dante disapproved of; the free spirit and notable lover who he sympathetically assigned to Paradise; his friend's longsuffering wife who sneezed a lot, and who Dante made fun of in an early poem and then obliquely apologized to in the Commedia; the redoubtable mother of his nemesis who he insulted in classic schoolboy fashion in the same series of poems ("Son of we don't know who, until monna Tessa tells us"). I think all of them deserve their say. Plus I'm giving a voice to Gemma Donati, Dante's largely forgotten wife, who never merited a single line in all his writings. 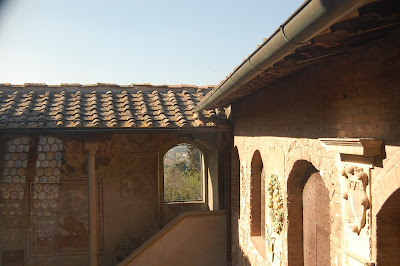 There's also another question, and it may be that only the writing itself can answer this one:  Is it your story to tell? 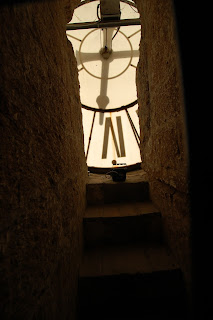 I had planned to write from the point of view of Dante's beloved Beatrice (pesky poet following her around, that sort of thing), but one day I realized that the real drama was not hers, but belonged to Dante's wife -- the kinswoman of the man who was behind Dante's exile, the woman who raised his children and kept his property together during all the long years of his forced absence from Florence (he was never to return). Where were her loyalties? To her birth family or to her husband, or split between them? How did she like reading her husband's poetic rhapsodies about Beatrice, who was her neighbor and someone she would have seen every day? How did Beatrice's death affect her? How did she feel when her own daughter took the name "Sister Beatrice" when she entered a convent?

Beatrice's story was not mine to tell. It didn't come alive for me. But Gemma's did. 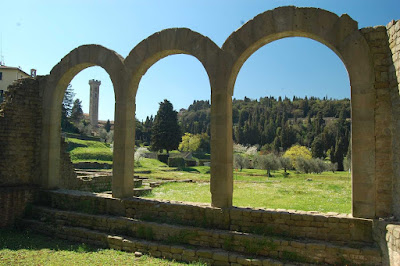 I tried to write from the POV of La Compiuta Donzella, an early Florentine poet, but I couldn't do it. I couldn't capture her voice. (I did create a fictional secondary character who I liked a lot and intend to recycle, though, so it wasn't wasted effort.)

I think we have also to give a nod to the story that is about one individual, but told by another: Sherlock Holmes as told by Dr. Watson, or the story of Jay Gatsby as told by Nick Caraway. The author needs an affinity for the narrating character as well as for the subject, if the voice is to ring true. But perhaps that is a discussion for another time. 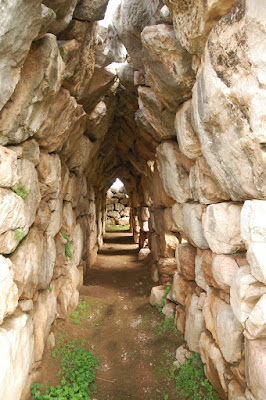 Images in this post, except for the book cover, are all pictures taken in Italy and Greece by my husband, Tim Heath. He retains copyright. (And did you notice that the second picture above was the source of the window on the cover of my book? The cover designer was able to incorporate it.)