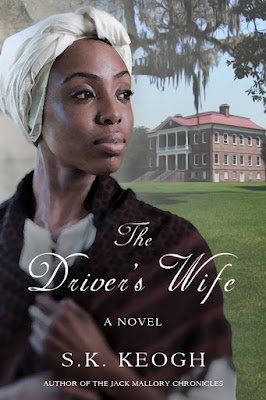 
Readers, this is an extraordinary book. The author is part of the critique triumvirate I am fortunate enough to belong to, but I'm not calling this work extraordinary because of that. It's been a long time since I could so wholeheartedly endorse a novel, but this one is special. I found it absorbing, deeply moving, and uplifting. I admire the writer's skill and subtlety, and I've come to love her characters. I heartily recommend this book. Do yourselves a favor and buy a copy here.


Here's what S.K. Keogh has to say about The Driver's Wife:


A story of redemption and unconventional love.

Leighlin Plantation offers Edward Ketch a new life, an opportunity to forsake his violent, troubled past and become a man worthy of respect and trust. But when a slave named Isabelle arrives, Ketch is drawn into a turbulent relationship that threatens the very peace he has struggled to attain.

Isabelle has her own desires for a fresh start, but scurrilous gossip about her past undermines those hopes. She struggles to be accepted by Leighlin’s other slaves and hopes marriage to a popular man will aid her cause. But her situation worsens when her husband becomes abusive. She discovers, however, one unlikely ally—Ketch, who is as much an outcast among Leighlin’s white population as she is among her people.

A stranger to love, Ketch cannot recognize the true feelings that draw him to Isabelle. To rescue her from the dangers of her marriage, he risks losing not only his position at Leighlin but the affections of the woman he strives to save.

Set against the backdrop of 17th century Carolina, The Driver’s Wife explores the lives and relationships, from Big House to slave settlement, of those who labored upon the wilderness plantations near Charles Town. Rice cultivation and the task system of slavery provide a much different landscape from the aristocratic Old South of cotton plantations and gang labor familiar to most modern-day readers. The Driver’s Wife is a tale of the transcendent power of love.


And here's the review I've put up on Amazon:


The author pulls off quite a feat. She gives us a main character who is about as far from lovable as it’s possible to get: Ketch has a violent past, a truculent, antagonistic attitude, and many secrets. He is damaged on more than one level. And yet… even from the beginning we see his intelligence at work, his sense of justice, his compassion (even though he doesn’t recognize that quality in himself). One step at a time, incrementally, we begin to root for Ketch, until before we know it we’re a hundred percent on his side – and he is becoming a different man.

This book is a gem. Its descriptions of the colonial south are lush and vivid, which enhances the whole, but the extraordinary depth of characterization is what makes this story something special. The two main characters are fully realized. Separately and together, they hold the reader’s interest and we can’t help but care about them and their budding relationship, which is as singular as it is inevitable. Secondary characters, too, are three-dimensional, especially Helen, the precocious and warm-hearted child who Ketch protects and loves. I would love to see a follow-up book someday about Helen as a grown woman.

A lot happens to Ketch and Isabelle externally, but even more happens – and deeper changes occur – internally, which gives the characters and the book as a whole a rare depth and richness. This reader will not soon forget these people and their story. 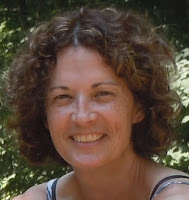 When Susan Keogh won an elementary school writing contest and a trip to a regional young writers conference, she hadn’t realized that experience was the beginning of a love affair with words. Keogh was raised in a large family where reading was encouraged. Through her mother’s interest in history, Keogh grew to admire such authors as Michael Shaara and Bruce Catton, a fellow Michigan writer who focused on the American Civil War. So it was no wonder that her first writing credit was a featured article in the magazine America’s Civil War.

Keogh’s particular interest in the Civil War led her into re-enacting for several years as a field musician. Keogh’s most recent time period of historical interest is early colonial America. She has crafted a series of novels that center around the adventures of Jack Mallory, a young Englishmen who is both pirate and eventually the patriarch of a large rice plantation in the colonial province of Carolina. 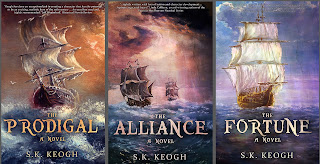 Outside of her writing life, Keogh works in the health care field and enjoys travel (preferably to warm places outside of her native Michigan!), the arts, pickleball, and equestrian activities.