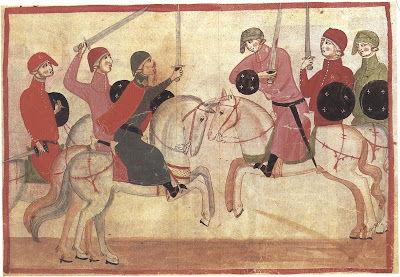 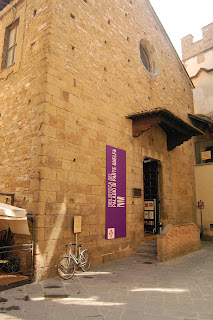 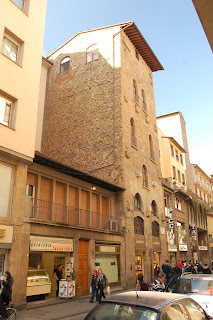 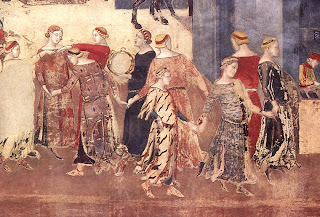 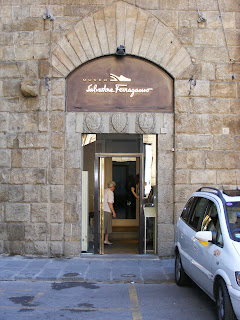 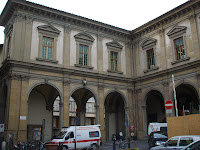 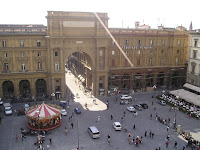 Images in this post: Ricoverino is from an illustrated copy of Villani's Nuova Cronica, Chigi codex, L. VIII.296, Vatican Library; the dancing women are by Ambrogio Lorenzetti, a detail of the fresco Allegory of Good Government on the walls of the Palazzo Pubblico in Siena; the old view of Ospedale di Santa Maria Nuova is by Bicci di Lorenzo (Consecration of the new church of St. Egidio by Pope Martin V in September 1420); the old market is by Fabio Borbottoni, 1820-1902 (View of Ancient Florence). All of these are in the public domain. The photos of the Ferragamo Shoe Museum and the Ospedale are both by Sailko,licensed under the Creative Common Attribution-Share Alike 3.0 Unported; and the photo of Piazza della Repubblica is by Maksim, under the same license. Sailko and Maksim photos from Wikimedia Commons. Other photos by Tim Heath.
Posted by Tinney Heath at 11:20 AM