Our Greek Odyssey I: Athens 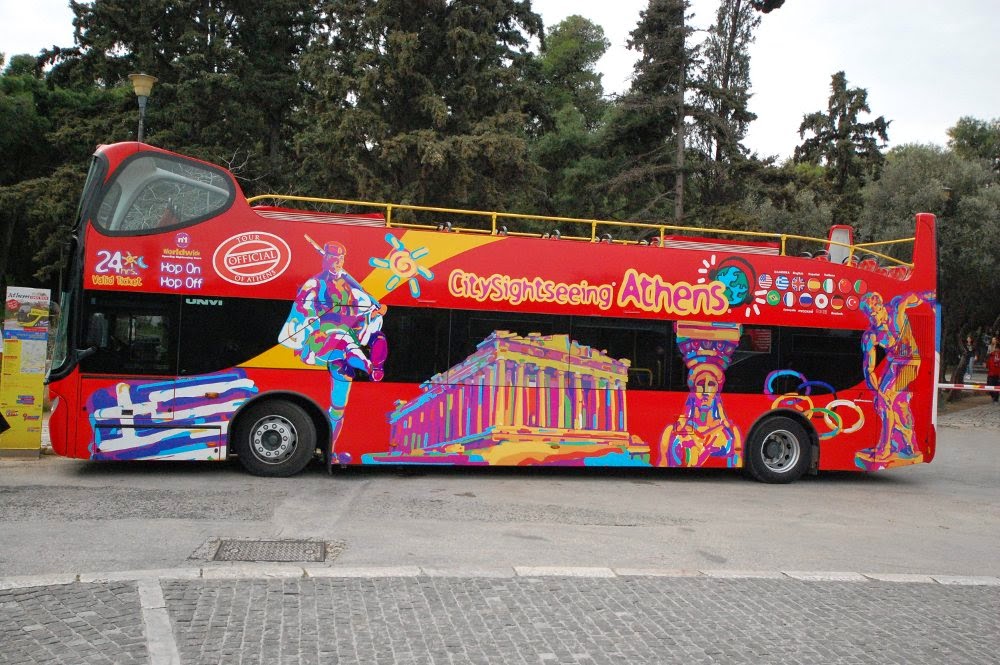 I was supposed to begin this blog with a picture of the Parthenon. I mean, isn't that what every spiel about a trip to Greece is supposed to start with? Classic, timeless, tasteful, sublime...


However, as some of you may have noticed, I haven't been blogging lately, and in fact haven't been online much or communicating much. So please bear with me as I gently ease my way back into social media's comfy little illusion that we all actually have something to say. This could possibly mean that I'll be even more eccentric than usual for a while.

To make it easier on all of us, I'm going to blog my recent trip to Greece mostly with images, mostly pictures taken by my husband, but a few supplementary shots taken from Wikimedia Commons. And I'm going to divide the trip into three posts, for the three places we used as home base during our travels: Athens, Nafplio, and Crete.  (Also possibly a brief post about the British Museum in London, where we went to see all of the Greek antiquities that wound up there. To paraphrase what Hayakawa once said about the Panama Canal, they stole them fair and square.)

This one's Athens. So here's that Parthenon: 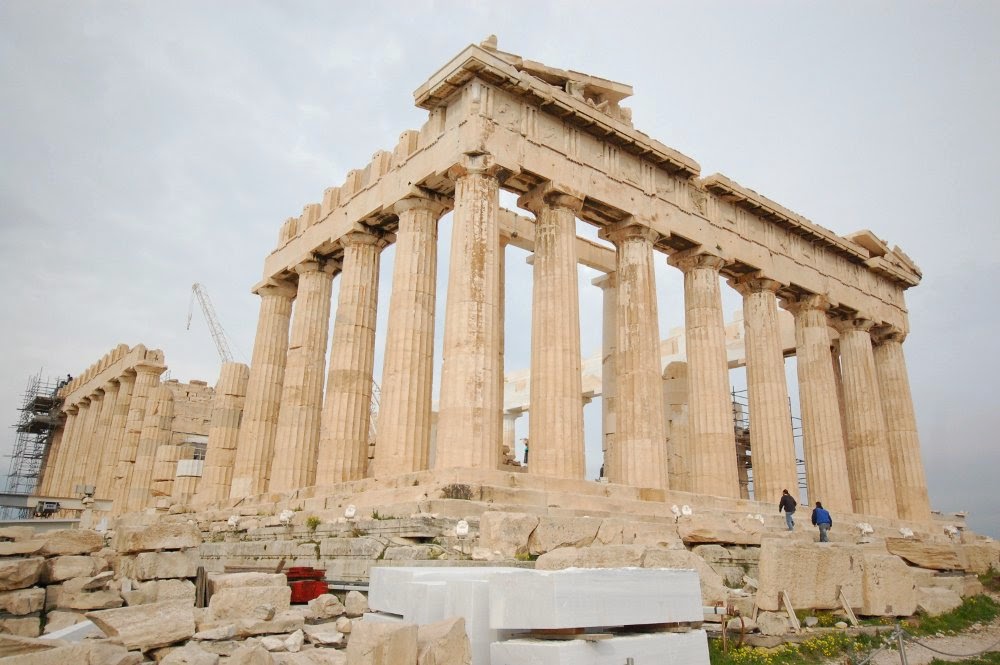 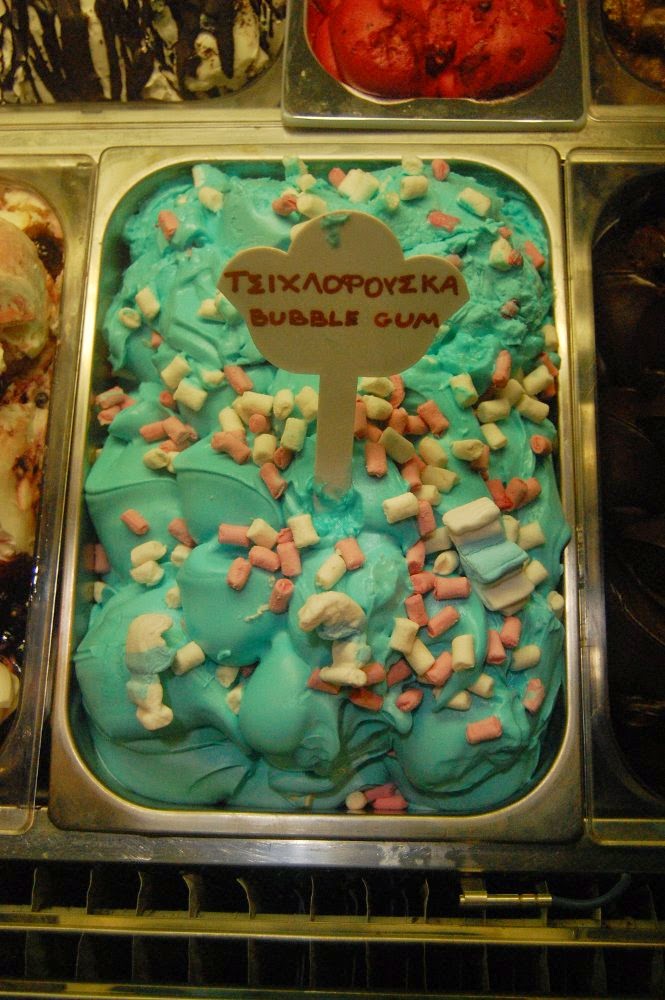 That was someplace else. But Hotel Hermes was a good base for seeing the Acropolis and the museums, and we took full advantage of it. Here's some of the evidence: 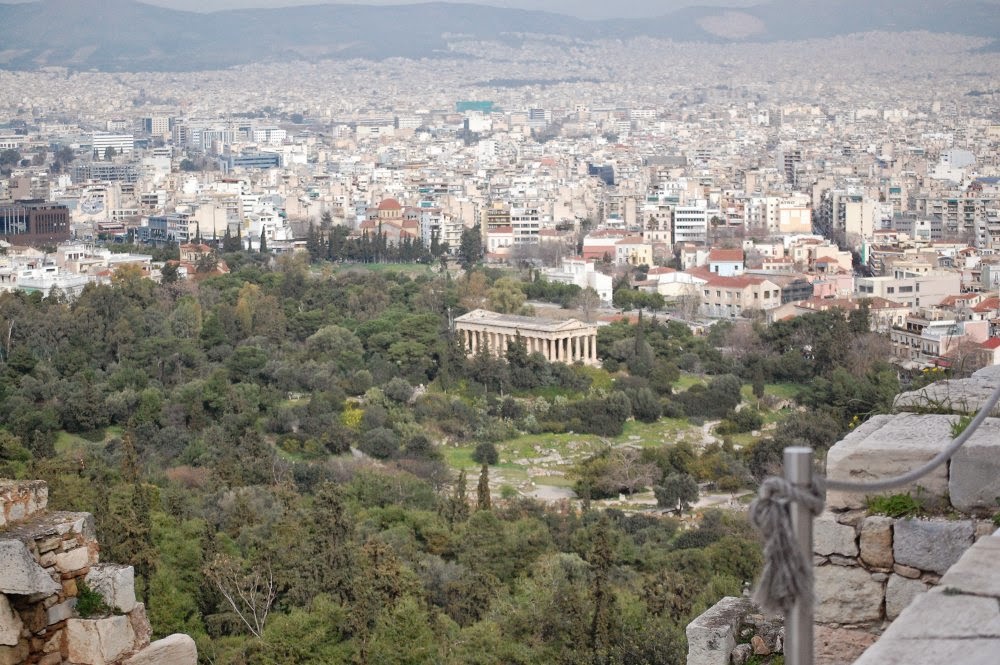 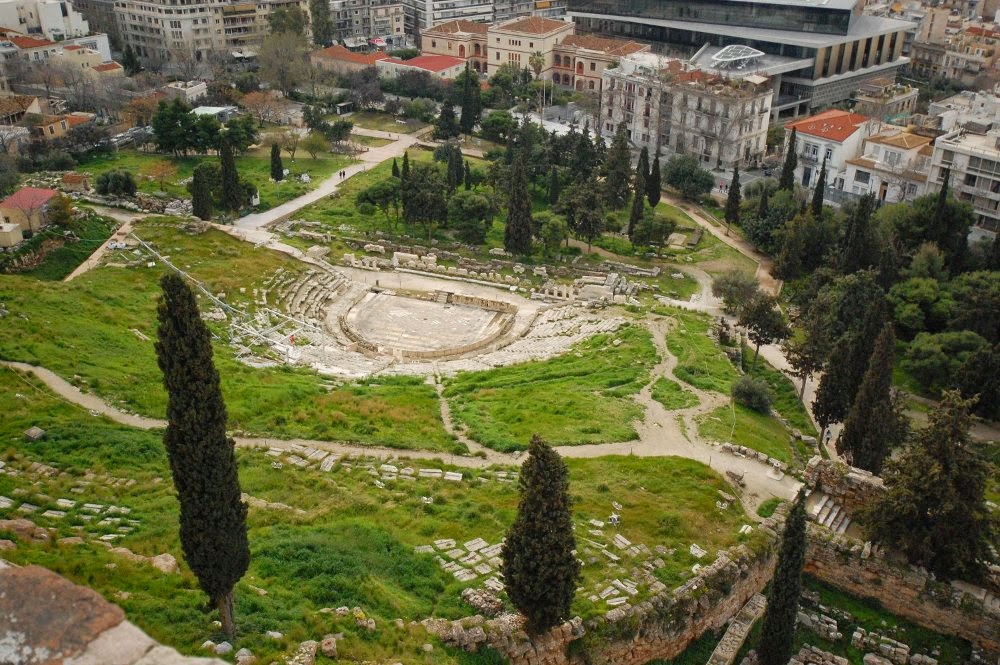 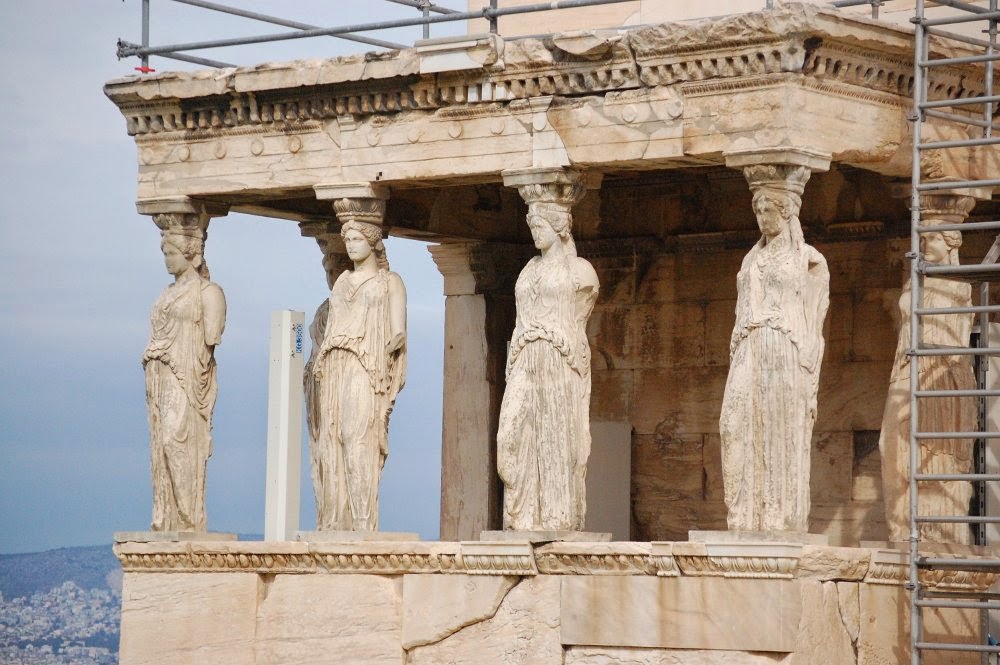 The new Acropolis Museum is spectacular, and has very pointedly left some obvious places to display the Elgin Marbles (see upcoming post), should the British by any chance ever decide to give them back.

The Archaeological Museum was amazing. 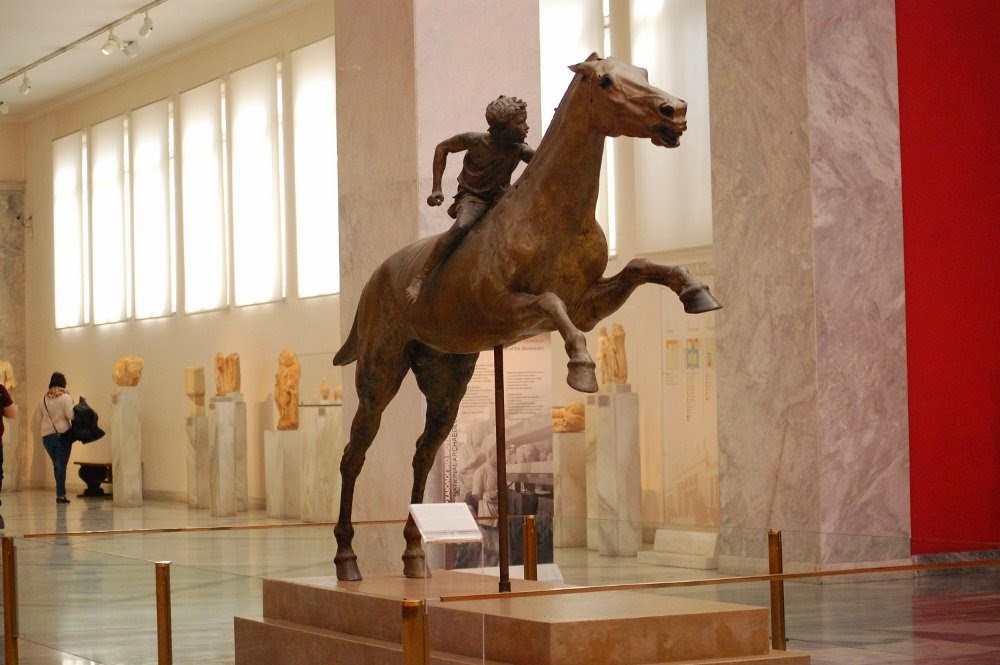 Large parts of it are currently closed due to the Greek financial crisis, but a kindly guard took pity on us when I looked crestfallen at not getting into the room with the Cycladic art, and he took us in for a precious five minutes of looking at the things I had most wanted to see. We owe him.

Athens seems to be populated by a very large number of lethargic dogs, which people just walk around, or step over. They flop down wherever they happen to be. The ones in this picture are actually atypically perky. 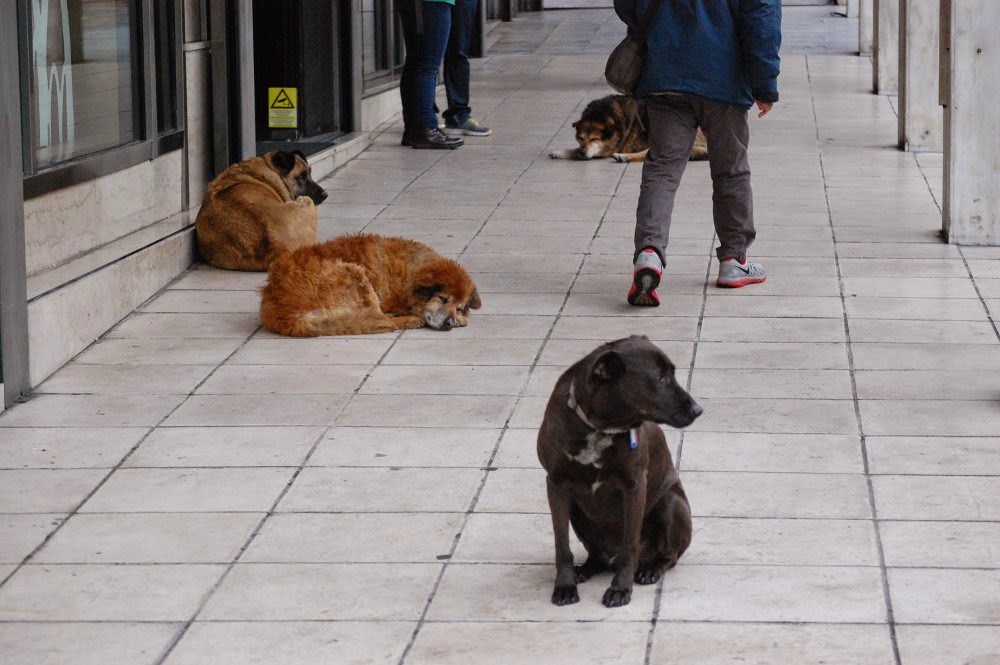 After our brief private tour of the Cycladic art in the Archaeological Museum, we went to the Cycladic Art Museum for more. I am very attracted to these boldly simple ancient sculptures which have influenced so many twentieth-century artists.

Note the pointed feet on this statuette: 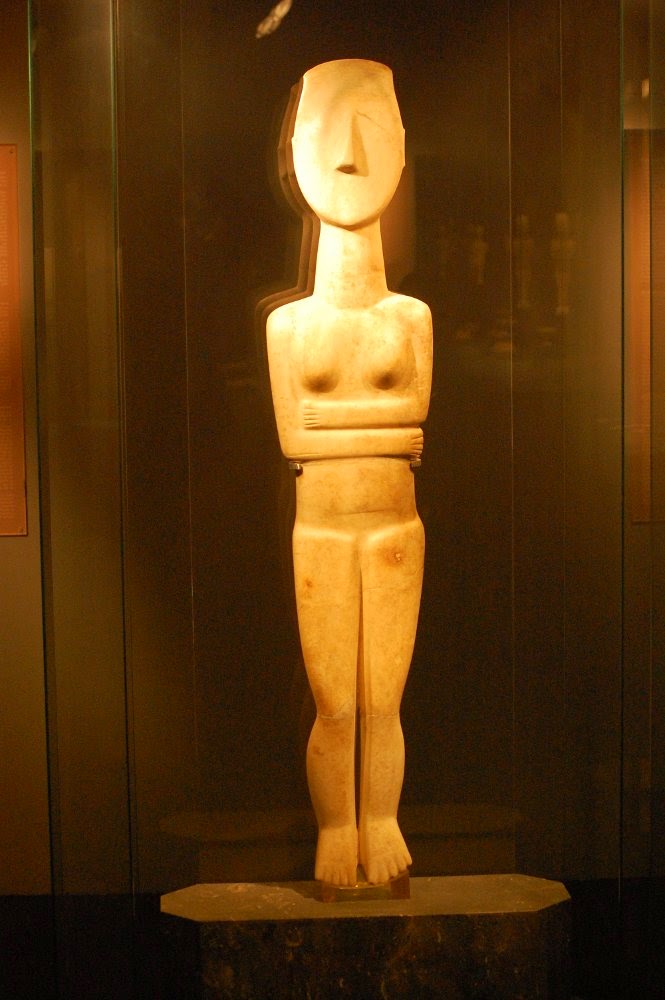 I've read that this type of feet indicates that the statuettes were intended to be lying down, not standing up. Though I do wonder what future generations might say about these: 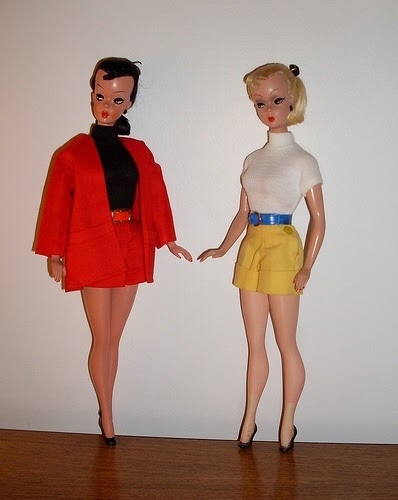 Other Athens pictures include picturesque corners, the Olympic Stadium, and the goddess herself: 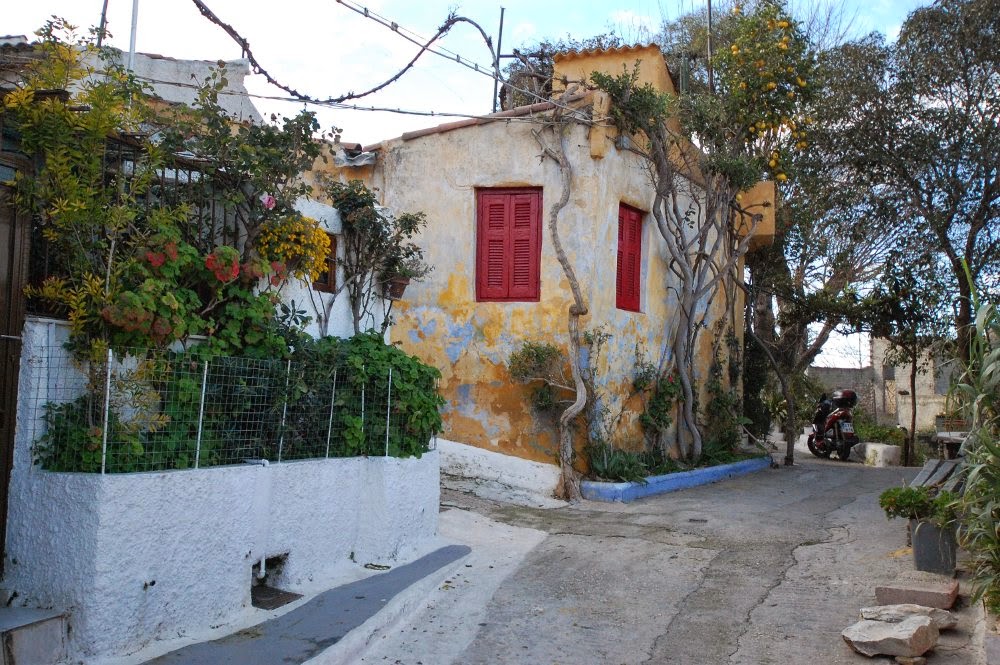 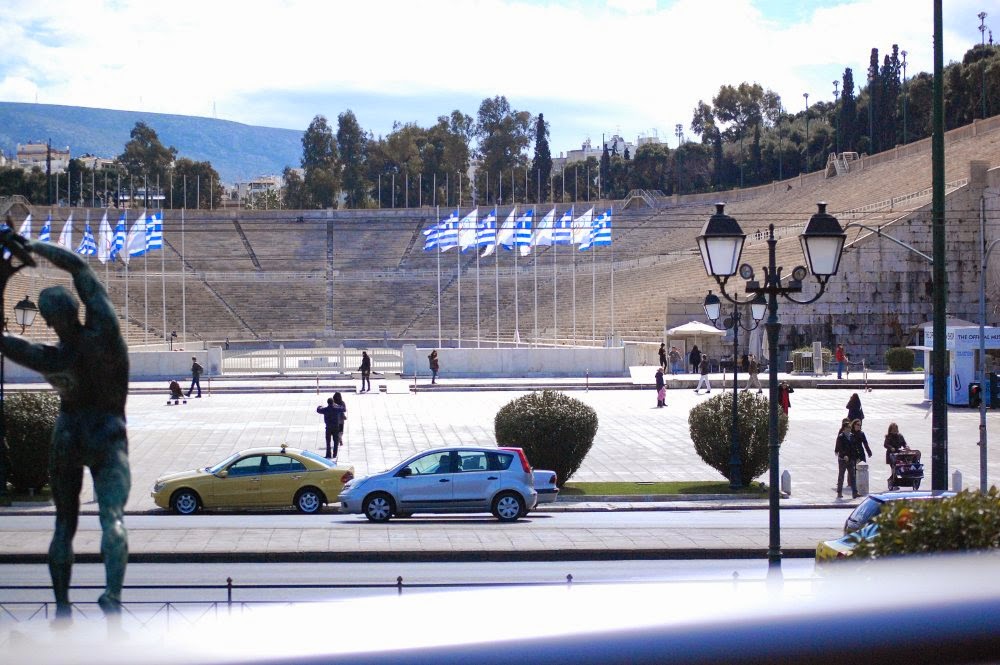 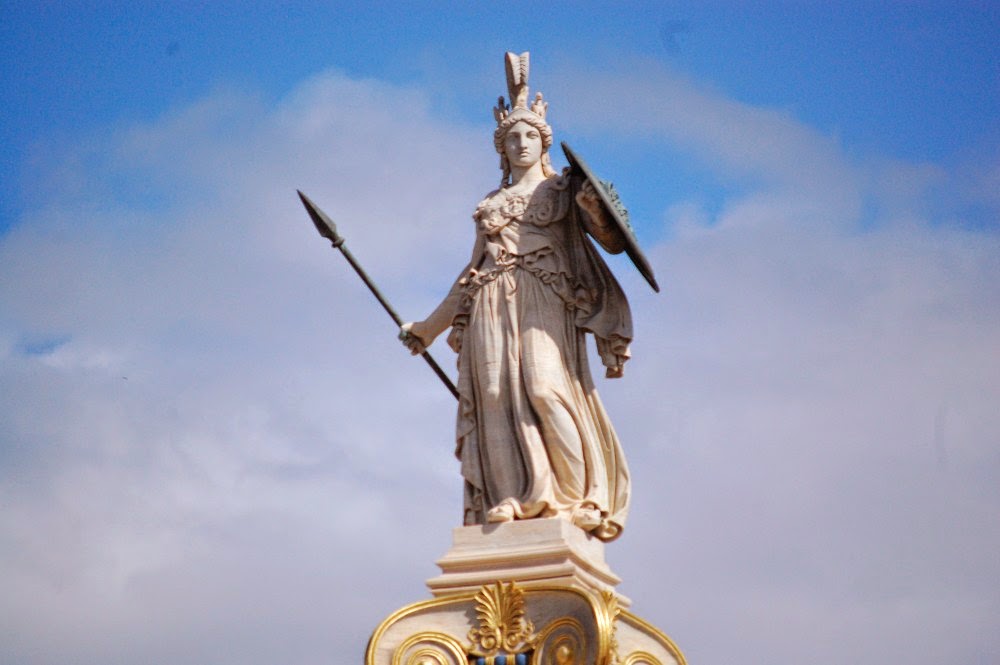 We were able to watch the Changing of the Guards, which was quite an elaborate spectacle (and which we are pretty sure was John Cleese's inspiration for the Ministry of Silly Walks): 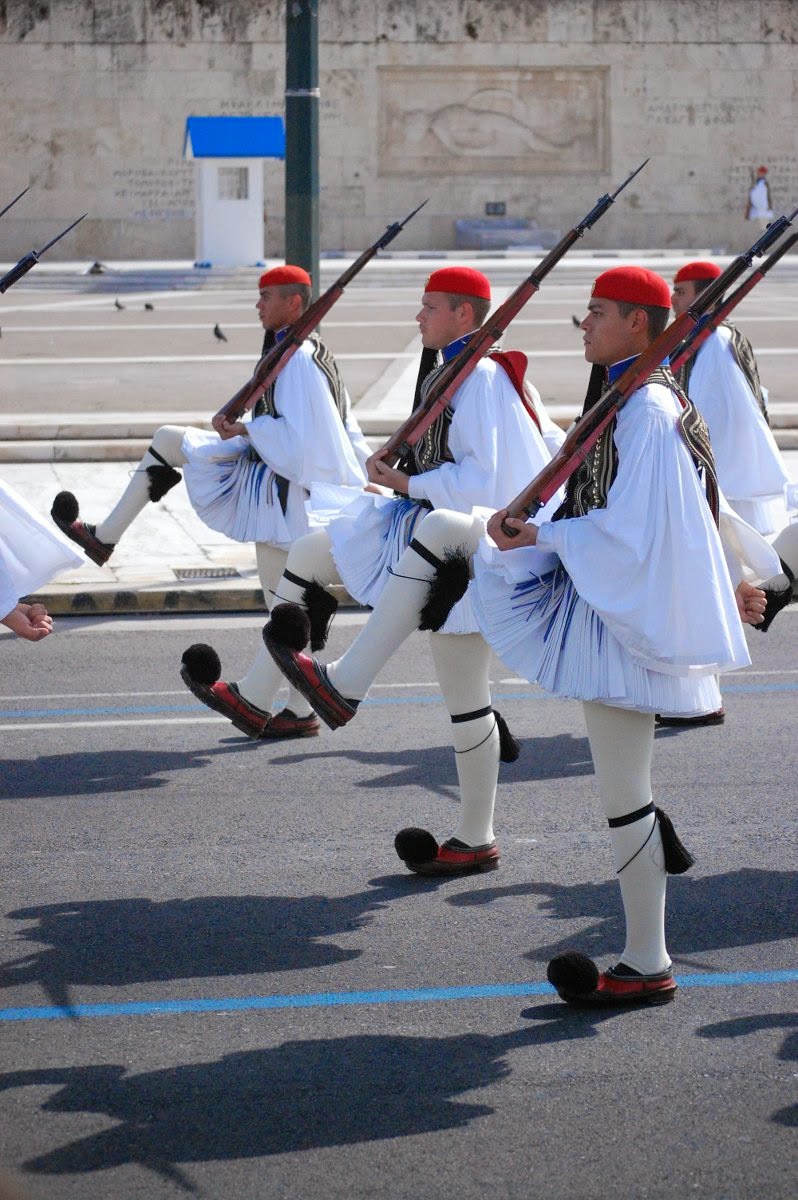 Each of those little white pleated skirts has 400 pleats, which the wearer has to iron in himself, or so we've been told. And we've also heard that they used to hide knives in those fluffy, harmless-looking tassels on their shoes.

Although this is only a taste of what this fascinating city has to offer, for now we will say goodnight to Athens and, in the next post, move on to the town of Napflio, the perfect jumping-off point for Epidaurus and Mycenae. 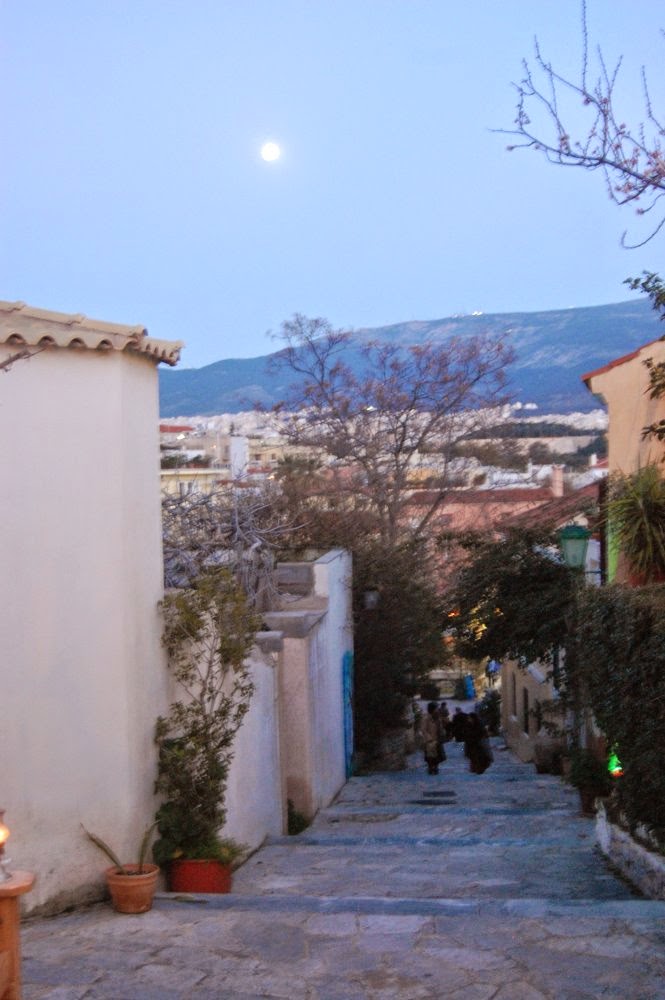 Images in this post are our own, except for the photo of the dolls, which is licensed to GeekChickLoLo via the Creative Commons Attribution-Share Alike 3.0 Unported license, and can be viewed here.