My first novel, A THING DONE, is set in medieval Florence, and in it I have tried to give a voice to people silenced by history--people marginalized by class or by gender. Here is a description of the work, published by Fireship Press:

Florence, 1216. The city's noble families hold almost unlimited power, and they do not share it easily. Factional tensions simmer just below the surface. When a Jester's prank-for-hire goes wrong and triggers a brawl between the factions, those tensions erupt and split Florence down the middle. One side makes the traditional offer of a marriage to restore peace, but the peace crumbles under the pressure of a woman's interference, a jilting, and an outraged cry for revenge.

This is the story of Corrado the Jester, pressed into unwilling service as messenger by both sides. It will take all his wit and ingenuity to keep himself alive and to protect those dear to him, even as his beloved city splits in two. It is the story of messer Buondelmonte, the knight who plunges Florence into chaos when he rashly abandons his marriage contract to pursue another woman, and of his implacable enemy messer Oddo. And it is the story of three fiercely determined women in a society that allows them little initiative: Selvaggia, the spurned bride; Gualdrada, the noblewoman who tempts Buondelmonte with her daughter's beauty and goads him into recklessness by questioning his courage; and Ghisola, Corrado's great-hearted friend. They will do what they must, from behind the scenes, to achieve their goals--to avenge, to prevail, to survive.

A THING DONE explores how a great historical event affects ordinary people, as well as how ordinary people can influence great events. It suggests that women may have played a much more important role in determining the story's outcome than history records. The Jester is historical, as are the knights and ladies. Dante consigned one of the novel's main characters to the Inferno for speaking the fateful words "A thing done has an end," inciting his fellow knights to declare a vendetta against Buondelmonte, and Dante's ancestor Cacciaguida says in the Paradiso that had Buondelmonte's family never come to Florence, "many would be joyful who are now sad."


What I'm Working On Now


The working title(s) of my WIP, which is shaping up to be two volumes, are Lady of the Seven Suns, and Brother Giacoma. 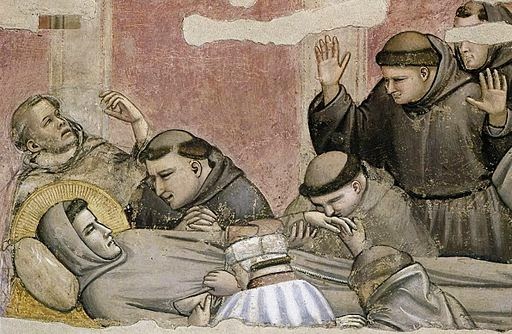